This post contains affiliate links. If you click one of these links and make a purchase, I may be compensated. I received a free Easel Weaver kit from Schacht for this review, but the opinions are my own.

At the TNNA trade show this June, Schacht Spindle Company was featuring their Easel Weaver kits. They were nice enough to give me one to try out and review for you. They’re also providing one as a prize for one lucky winner! Enter below for a chance to win. 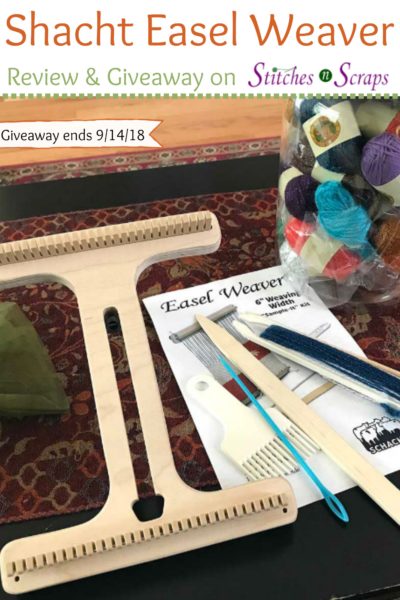 I’m new to weaving. Like many of you I made those potholders from loops of fabric when I was young, but hadn’t tried weaving anything else until now.

Setting up the Easel Weaver

The loom comes with a built in kickstand that folds into a hole in the middle. To set it up, push the kickstand out. You can also loosen the end of it to extend it, so you can get a different angle, but I ended up using it without extending it.

Next, you warp the loom by wrapping yarn around the pegs. One thing I learned the hard way – it’s easier to push the kickstand out before you warp the loom. You CAN do it after, it’s just easier before.

The Easel Weaver kits come with a shed stick, weaving stick, shuttle, weaving needle, and beater. They also include detailed instructions. I found for detail work I preferred to use the needle. For larger background sections, the bobbin is nice because all the yarn fits on it and you don’t have to keep starting a new piece. 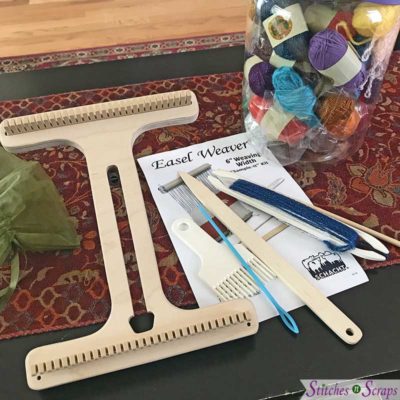 The concept of weaving is really simple, your weft thread goes in and out of the warp threads. But like so many things in fiber arts, it takes practice to make it look good.

I had seen pictures of my friends weaving before, and had glanced at a few videos, so I thought I knew what I was doing. My results were…interesting. 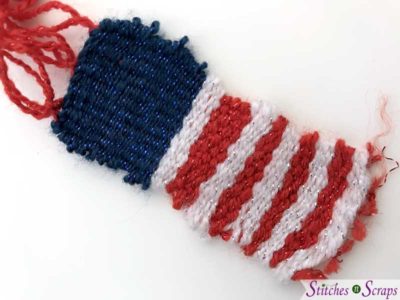 Before my next attempt, I decided to read the instructions (always a good idea) and watch a few more videos. Schacht has some great weaving videos on their YouTube channel:

Here are some other tutorials I found helpful.

It turned out most of my issues were tension – not enough on the warp, too much on the weft. But in learning this I also saw some neat ideas about making different shapes and designs. So I tried triangles. 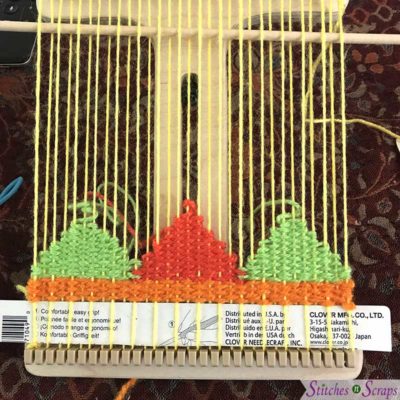 Those turned out great! So I searched for other stitches and tried a few of them. I didn’t really care for some of the bulkier ones, but I love the soumak braid-like stitches, and the diagonal stitches I used at the top. 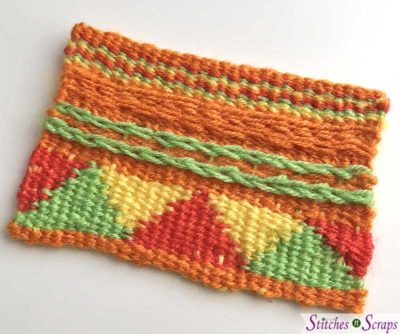 I feel like there’s actually lot of similarity between some of the weaving techniques and embroidery stitches.

Now I had a little stitch sample, but I wanted to do something with it…so I made another one of about the same size. 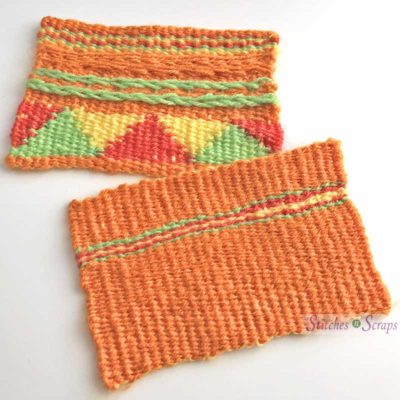 I sewed the two together, added a zipper, and it’s a little pouch! Not bad for my first real weaving project, I think. 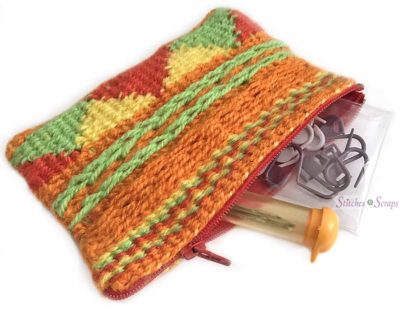 The Easel Weaver was fun to use, and the compact size makes it very portable. The kickstand is a real back saver. I actually used a lap desk, and set the loom on that, so I wasn’t bending over a table at all. 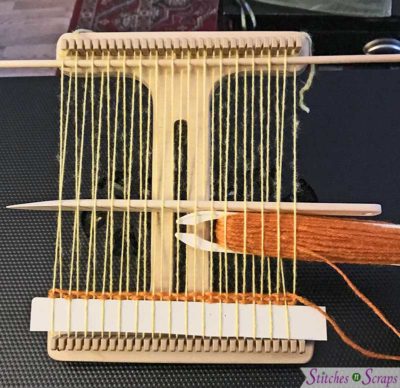 I’m likely to try it again, though I wish now that I had gotten a larger one. It comes in 6, 8, and 10 inch widths. I opted for the 6 inch because I wanted something more compact, but a bigger loom would give me more flexibility for different types of projects.

I’d love to try a weaving project with some of my handspun yarns. It’s a great way to make a smaller skein go further. But I want to get some more practice in first. I’m thinking of making some squares with scraps, and then sewing them together to make a scarf.

Want to try it yourself? You can buy the Easel Weaver at several yarn / spinning / weaving stores.

Enter here to win your own 8 inch Easel Weaver Kit!

This prize is generously provided by Schacht Spindle Company. To be eligible, you must be 18 years of age or older, with a valid, US shipping address.

The winner will be contacted by email, and must reply to that email and provide the shipping address within 1 week in order to receive the prize. If the winner does not reply within 1 week, a new winner will be selected. The giveaway ends on September 14th, 2018 (at 11:59pm, central time). Hurry and enter below!

This giveaway is powered by Rafflecopter, and they may ask for some log-in information if you are not already logged in. See the Rafflecopter privacy policy for more information. 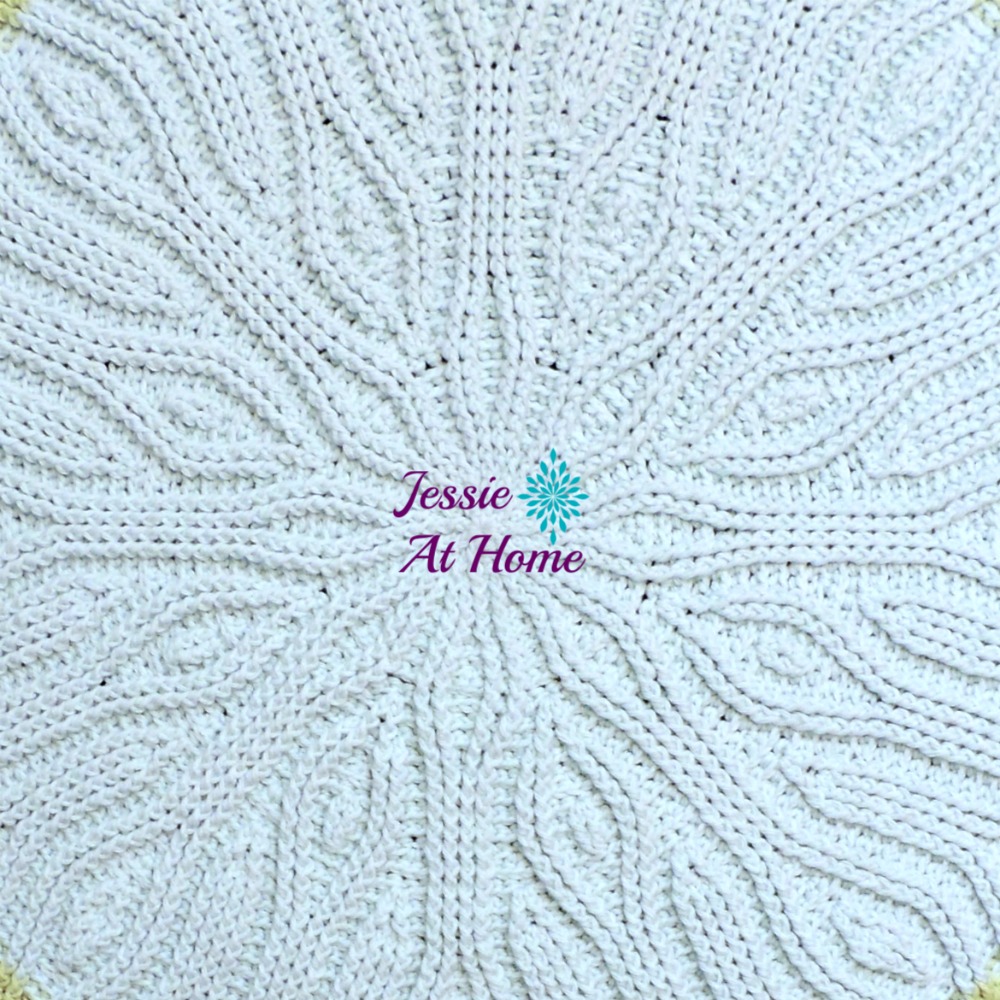 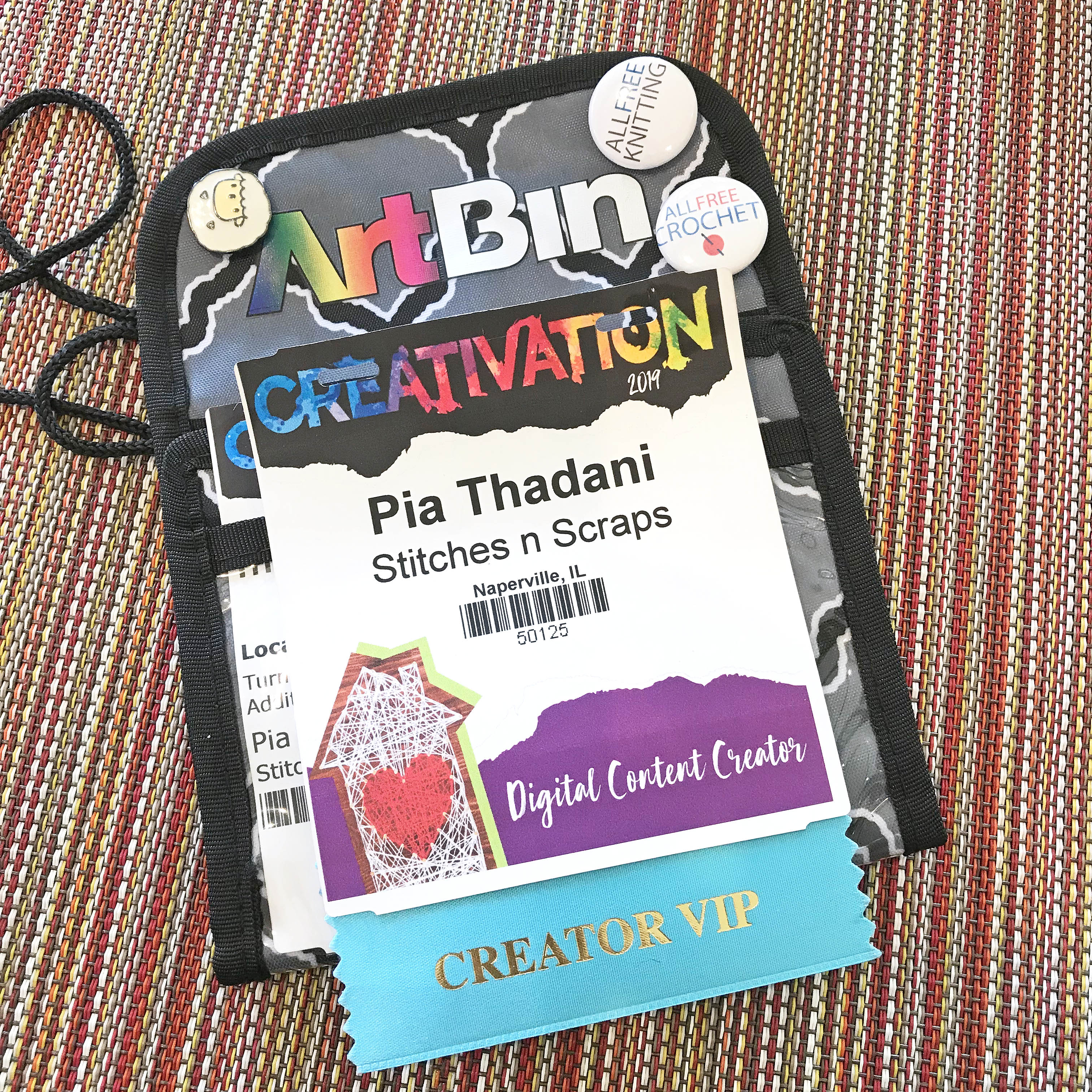 Creativation Recap and a Giveaway 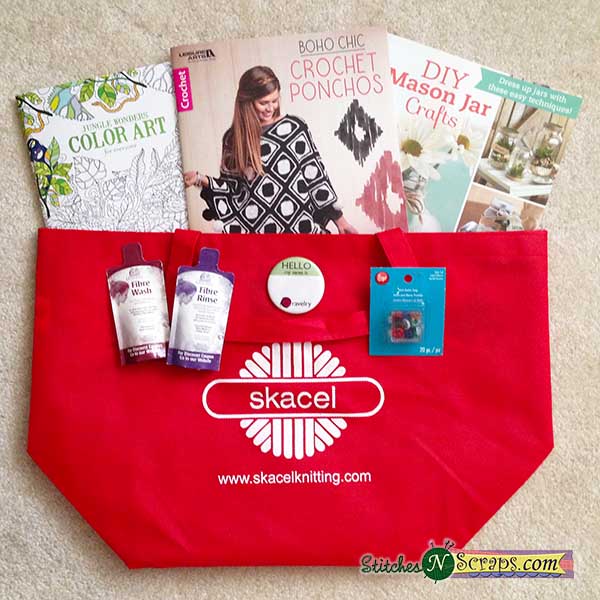