Mix them or match them, your hands will be toasty warm either way! These knit, reversible fingerless mitts have 2 layers, with a different design on each side. Change the design to match your outfit or your mood, simply by turning them inside out!

This design is part of the 2020 Knit Along at KAL Corner Knitting. Join us in knitting a new design every month, using DK weight yarn! You can find all the info on the main post, and join in the fun on the Facebook group. Don’t forget to enter the giveaway too!

This is my third and last pattern for this KAL. Check out my other two patterns – Lucky Hearts Coaster and Happy Harvest Headband!

My husband asked me for a new pair of fingerless mitts, so I designed these with him in mind. The fit is stretchy and forgiving. He has larger hands than mine, and the mitts fit both of us well. If you have very large or very small hands, you may want to adjust your gauge up or down slightly, but otherwise these should fit a wide range of sizes.

He specifically asked for mitts that were very warm and soft, as opposed to the lighter and thinner ones I have made him in the past. Two layers of fabric joined together not only makes these mitts extra smooth and insulating, but it also makes them reversible! The right sides of the fabric are visible, and the wrong sides are hidden between the layers.

Double knitting is one way to achieve this reversible effect, but these gloves use a different method. Each layer of the glove is knit separately. Knit the first layer from the wrist up, then continue into the 2nd layer, knitting from the fingers down. Finally, tuck the first layer inside and sew the layers together at the cuff and thumb.

The bulk of each layer is one color, with the 2nd color only showing up in the ribbing sections. Using this method rather than double knitting means that, most of the time, you are only managing 1 working yarn instead of two.

I made my mitts with a couple of yarns that have been in my stash for years. For color A, I used Universal Infusion Handpaints which I had bought at a local yarn store and which is now discontinued. This is a variegated, 50/50 wool and acrylic blend.

Color B is Fyberspates Vivacious DK in #807 Deep Aqua, left over from a Yarnbox subscription. I had previously used 1 skein of the Vivacious DK in my Straight UP Beanie pattern, and had another left over. It’s a tonal, 100% merino wool yarn.

Any DK weight yarn that will hold its shape would be good for this project. I particularly recommend wool because it’s lightweight, warm, and somewhat water resistant.

Adult, one size fits most.

Yarn Forward A or B (yf-A / yf-B): Bring the working yarn of only the specified color forward. If you are working with two yarns, leave the other yarn at the back of the work.

With waste yarn, cast on 36 sts and join to work in the round.

Place a locking stitch marker or scrap of yarn in the last st of rnd 1 and leave it in place throughout. This is to help with seaming later.

Cut A, leaving a tail to weave in later.

Cuff should fit comfortably around wrist. For the rest of the first layer, you can keep trying it on as you go.

In this section, you will increase 2 sts every 2nd rnd.

Rnd 19: K around, slipping marker as you come to it.

Rnd 27: K around, slipping marker as you come to it.

In this section you will increase 2 sts every 3rd rnd.

Cut B, leaving a tail to weave in later.

In this section you will decrease 2 sts every 3rd rnd

In this section, you will decrease 2 sts every 2nd rnd until you get to 40 sts.

Rnd 95: K around, slipping marker as you come to it.

Cut both yarns, leaving a short tail of one to weave in, and a 30 inch tail of the other for seaming.

Transfer all stitches to waste yarn and place a locking stitch marker in the first stitch of the last round.

With right side facing, and working on thumb opening of first hand, slip the 20 live stitches from the waste yarn back onto your needle. With B, pick up and knit 6 stitches evenly spaced around top of thumb opening. This will be the bottom of the 4 cast on stitches, plus 1 extra at each corner. (26 sts)

Place a locking stitch marker on the last stitch of the last rnd.

With right side facing, and working on thumb opening of second hand, slip the 4 live stitches from the waste yarn onto your needle.

With A, pick up and knit 22 stitches evenly spaced around bottom of thumb opening (i.e. the 20 cast on stitches, plus 1 extra at each corner). (26 sts)

Turn, slip first st purlwise with yarn at front, turn. (This basically shifts the beginning of the round so that the last st picked up becomes the first st of the round.)

Cut yarn leaving a 6 inch tail to weave in.

You can leave the live stitches on the needle or put them on waste yarn while you weave in ends. Whatever is more comfortable for you.

Weave in all ends except for the long tails at thumb and cuff for seaming.

Line up the marked stitches on the cuff. Carefully remove the waste yarn and place the live stitches onto needles. If you have a really long circular, you can use one end for each layer like I did in the picture below. Otherwise you may need a second needle. It’s ok if it’s a slightly different size. Make sure both needle tips are at the marked stitches.

Using the long tail, graft the two layers together with a Kitchener stitch, and then weave in the end.

Carefully remove waste yarn and place all stitches back onto needles as for the cuff. Make sure needle points come out at the marked st on the first thumb and first st on the 2nd thumb.

Using the long tail, graft the two layers together with a Kitchener stitch, and then weave in the end.

I hope you enjoyed this knit reversible fingerless mitts pattern. A downloadable pdf of this pattern is available on Ravelry for a small fee. The fee for the pdf format is to offset the advertising revenue lost when you print or download the pattern rather than viewing it online. 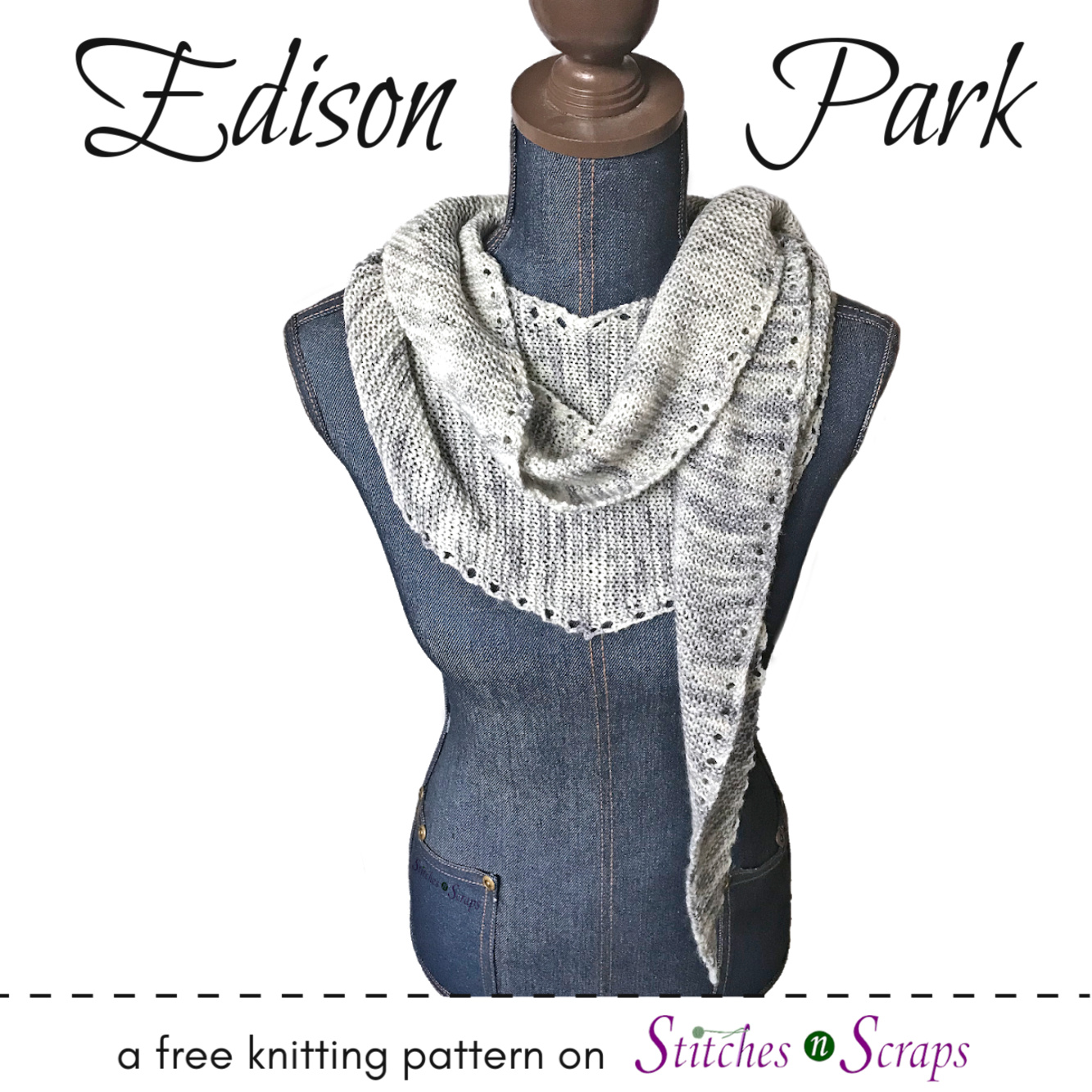 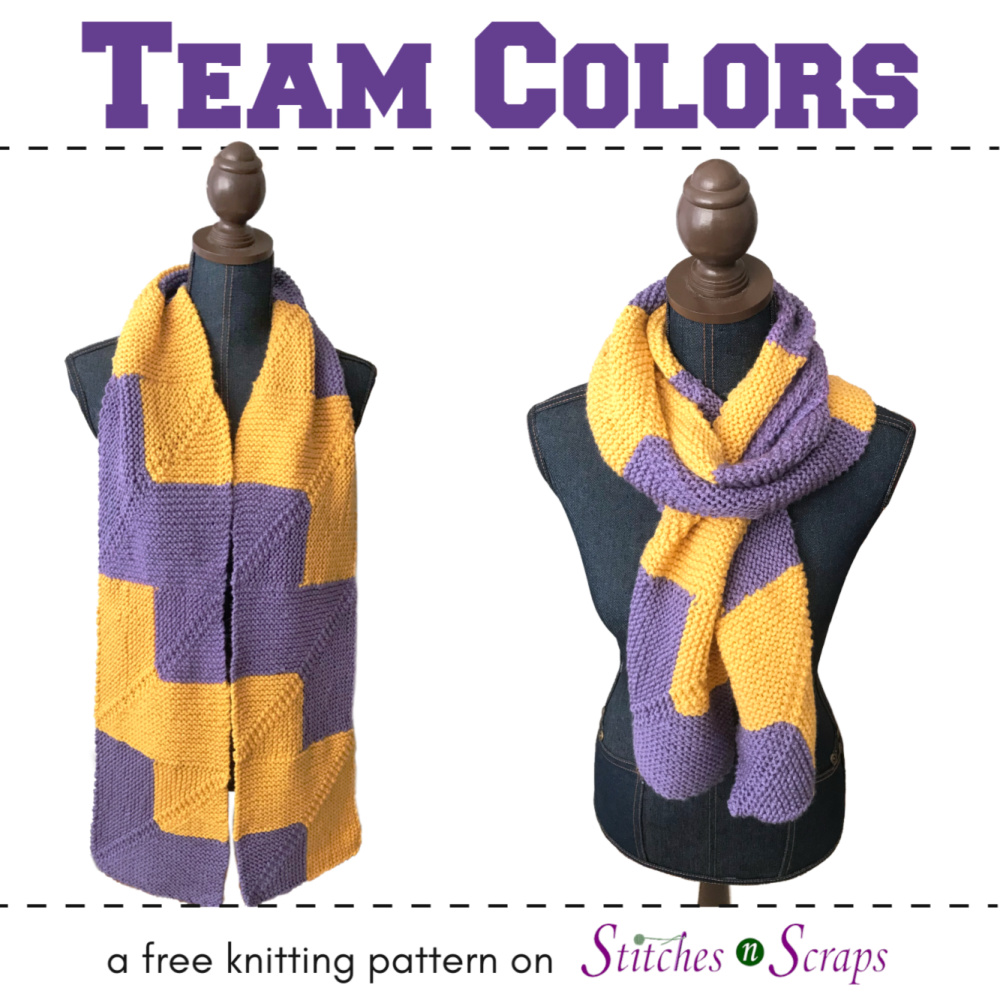 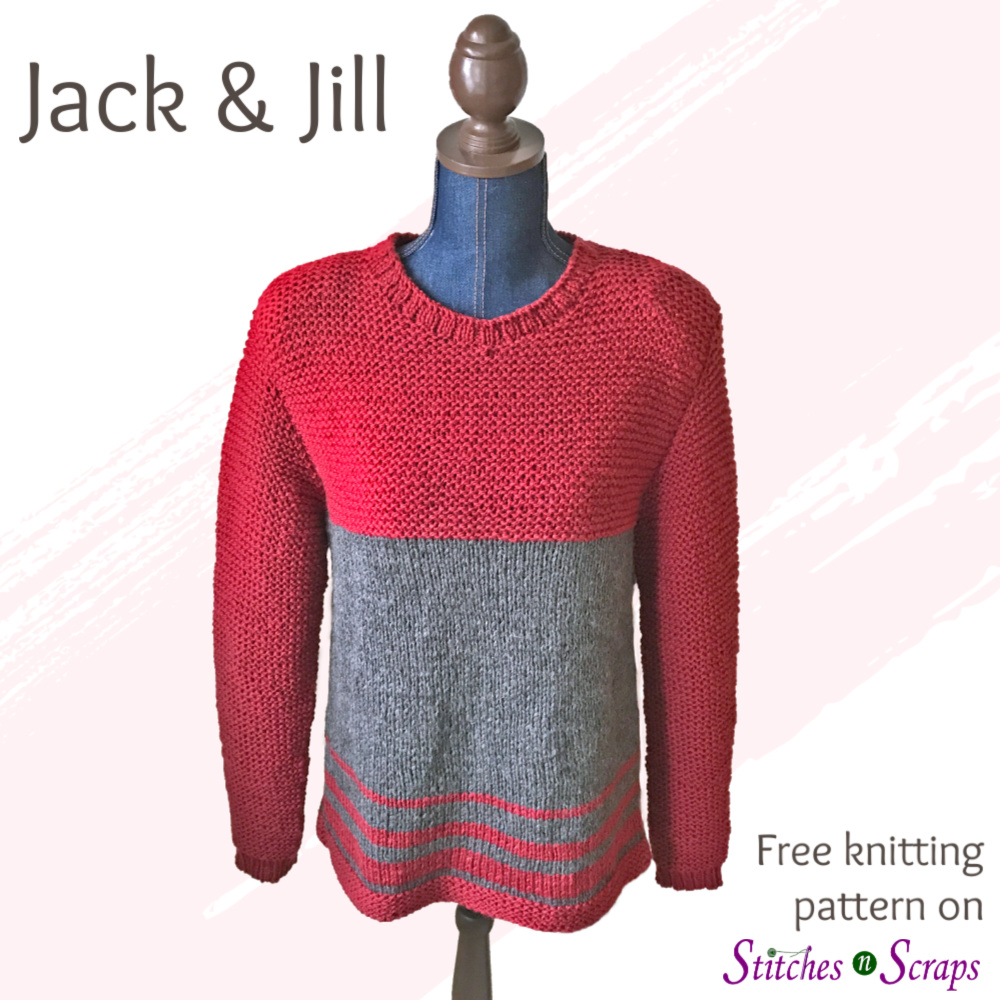