Potomac Beads recently let me choose a selection of free beads to use for some designs. For this pattern, I chose Czech glass O beads, 2 x 4mm, in the color “Jet Purple Iris Gold”. The product number is 76819.

I chose this color because it has an overall copper feel, which is perfect for fall, but with twinkles of golds, purples, and greens mixed in. They’re even more vibrant in person, and feel slightly iridescent when they catch the light.

The beads themselves are similar to seed beads, but with half the thickness. The best way to describe them is like tiny, shiny, donuts, with nice big holes in the middle. I love the way they nestle between the stitches on the bind off edge.

For this project, my yarn was on the thinner end of the medium (#4 – worsted/aran weight) spectrum. I tested the beads with a thicker, aran weight yarn as well and was able to get them on without too much trouble. I wouldn’t recommend using them on anything thicker than that though.

All the other beads Potomac sent me are really beautiful as well, and you’ll be seeing them in projects soon!

For this pattern, you will be adding the beads one at a time while knitting, rather than stringing them on the yarn ahead of time. Typically, this is done by pulling the stitch through the bead with a crochet hook. Check out this knitting with beads tutorial for a closer look.

With larger yarns, the hook that’s small enough to go through the bead is often too small to easily grasp the yarn. This is particularly true with slippery or splitty yarns. So I prefer to use a floss threader instead! Floss threaders are meant for threading floss through dental work, but they make excellent and versatile beading needles too. We explored beading with floss threaders in Lunchtime Live episode 58.

Intermediate: Kfb and yo increases, k2tog decreases, beaded bind off.

Exact gauge isn’t critical but will affect the yardage needed. Stitches should be tight enough so that stuffing doesn’t show.

Any lower profile cast on will work – I used a long tail cast on for mine.

Distribute stitches evenly on double-pointed needles or magic loop, to knit in the round.

All even rnds in head: K around

Use starting tail to sew top of head closed. Weave tail in enough to secure but do not cut it. Leave it on the right side of the work, sticking out the top of the head.

The pictures show the tail on the wrong side of the work, but it should actually be on the right side

I did this for the first few rounds, and then added the other 2 markers when it got bigger.

Rnd 24: K around, slipping markers as you come to them.

Rnd 48: K around, slipping markers as you come to them.

Rnd 49: P around, removing markers as you come to them.

*Remove the new stitch from your needle and use a crochet hook or floss threader to pull the loop through a bead.

K1, then pass the beaded stitch over the stitch you just knit.

Repeat from * until all stitches are bound off.

Cut yarn and fasten off.

To close the gap at the end of the round, place a bead on the tail and then sew the tail into the first stitch of the round.

Weave in the end.

With starting tail on the outside (top) of the head, stuff head firmly with poly fil.

Use this tail to sew the bottom of the head closed.

Cut a 12-inch length of yarn, fold it in half to form a loop and tie a knot about 1.5 inches from the fold.

Weave each tail separately into the top of the head to secure the loop to the ghost.

Alternately, you can use a piece of ribbon, wire, or clear fishing line to create a hanging loop.

Wash and hang to dry/block.

I hope you enjoyed this Halloween ghost ornament pattern. A downloadable pdf of this pattern is available on Ravelry for a small fee. The fee for the pdf format is to offset the advertising revenue lost when you print or download the pattern rather than viewing it online. 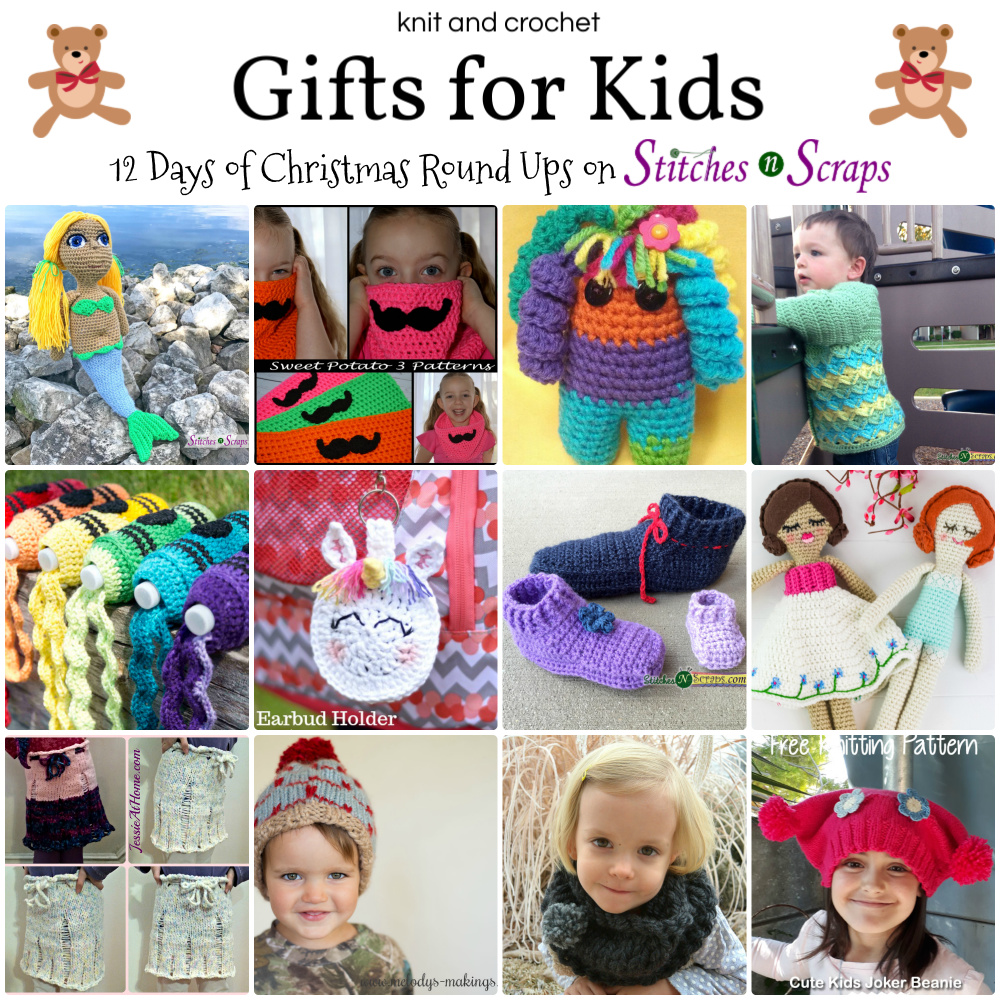 Gifts for Kids – 12 Days of Christmas Round Ups 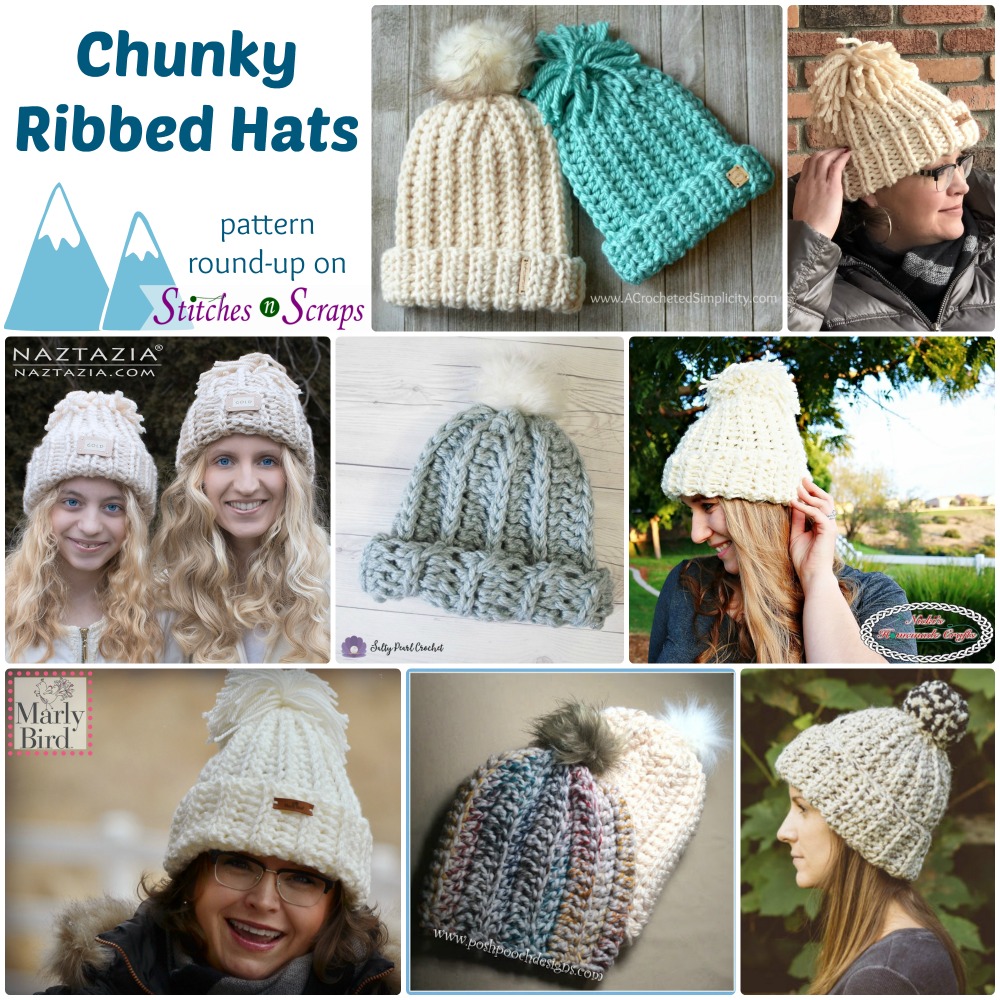 Chunky Ribbed Hats – Pattern Round Up 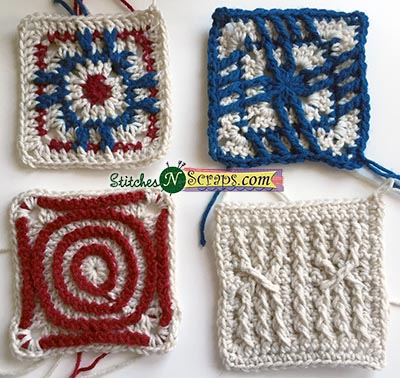