In the June Yarnbox last year (2014), was the Wavy Garden Shawl pattern by Iris Schreier, and the yarns needed to make it. I’m fairly inexperienced with knitting lace, and this pattern had a lot of things going on that were new to me. I made several mistakes (probably more than I even noticed), but in the end I think it turned out quite nicely. 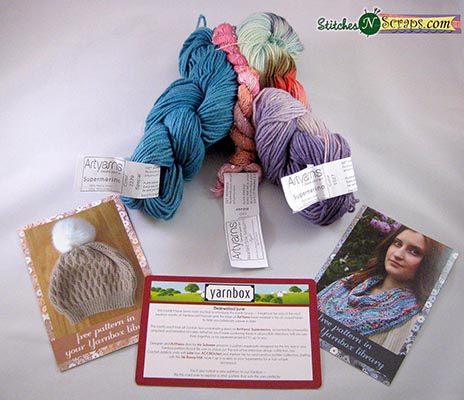 This post contains affiliate links (click for more info). If you click one of these links and then make a purchase, I may be compensated. You get the same great prices, and you will be helping to support this site!

The yarns themselves were lovely. There were 2 skeins of Artyarns Supermerino – one variegated colorway called “Garden” and one semisolid in color 2279, which is somewhere between a medium blue and a dark teal. Then there was a little mini skein (about 40 yds, I think) of the beautiful Artyarns Beaded Silk & Sequins Light in color 190, which is various shades of peaches and pinks. This absolutely lovely yarn is pretty expensive, but I think this project is a perfect use for it. It’s blended in sparingly with bigger, heavier yarns, to give just a subtle shine and glimmer here and there.

If I’m honest though, I don’t love the colors. There were a lot of coral, peach, and teal shades, with some pale green as well. It’s a very beachy look and goes together well, just not the colors I normally wear. I’ve seen some variations on Ravelry done in more muted earthtones and those are just stunning.

As far as the pattern itself, it was fun to make and seemed pretty easy to read and follow. I like that there was a chart, as I find those easier than written instructions. The parts that were hard for me were keeping track of the seemingly random color changes, and trying to keep an even tension with 2 vastly different weights of yarn. I’m sure that is due to a lack of practice, and will be easier for me next time. 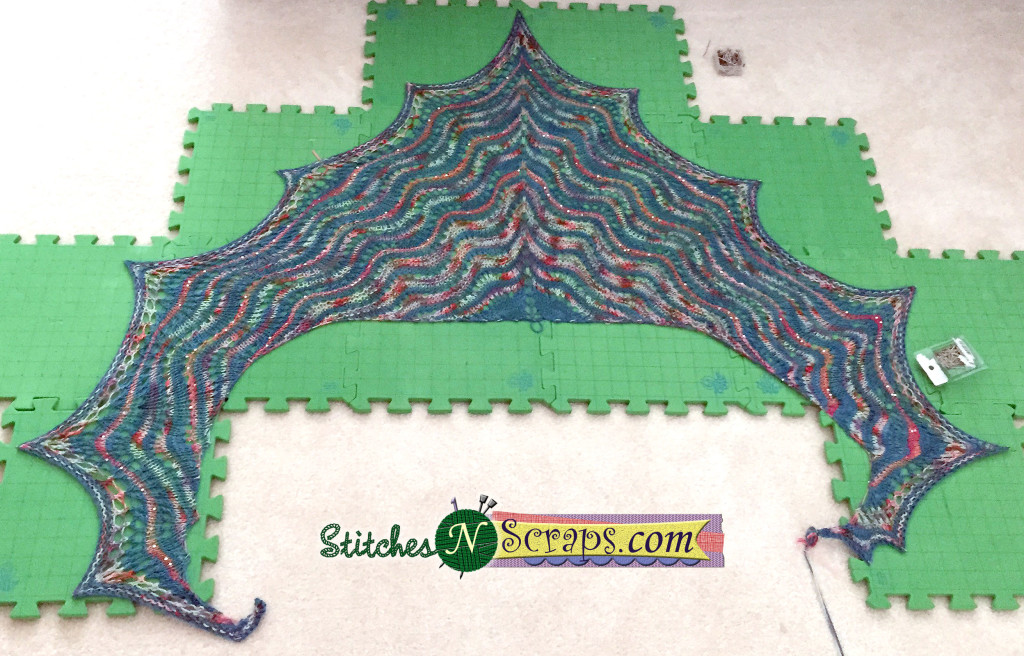 I did make plenty of mistakes, but those were my fault and not anything wrong with the pattern. I tried to make a neat slipped stitch edge across the top, but that ended up making it too tight. I could have gotten more stretch out of the lace if it wasn’t for that. Also I screwed up my stitch counts and somehow ended up with one extra pattern repeat on one side…or maybe I missed a repeat on one side, I’m really not sure. I decided to leave it alone and call it a design element – it’s just an asymetrical version of the pattern, right? It doesn’t show anyway when it’s wrapped around.

I knew from the start that the pattern was small, so I added lots of extra rows to make it bigger. Basically, I kept going until I ran out of yarn. I tried it on and it fit me well as a shawlette / kercheif, but I have broad shoulders. My aunt on the other hand has a much smaller frame, and I gave this to her as a gift when she came to visit. I think it fit as a decent sized shawl on her. I had hoped to get a nice finished picture of it on her, but never did get the chance.

I think, once I have more practice in lace, I will probably try this pattern again. I might try it in a larger gauge, and more neutral colors. Overall it’s a great pattern, I just think my lace skills just weren’t quite up to the task yet. 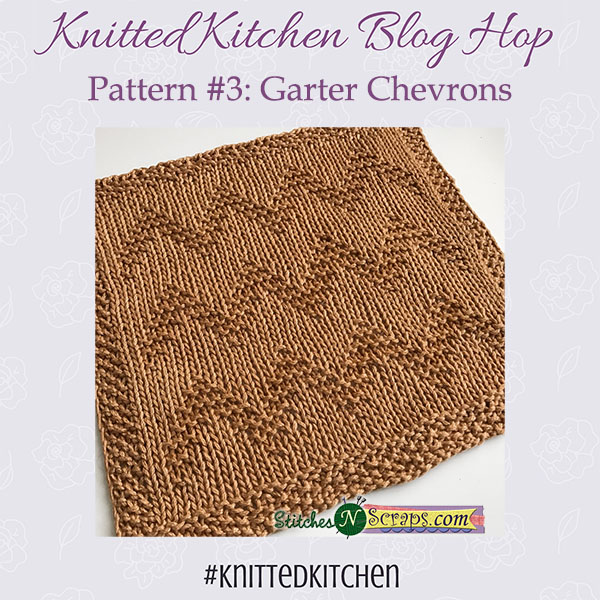 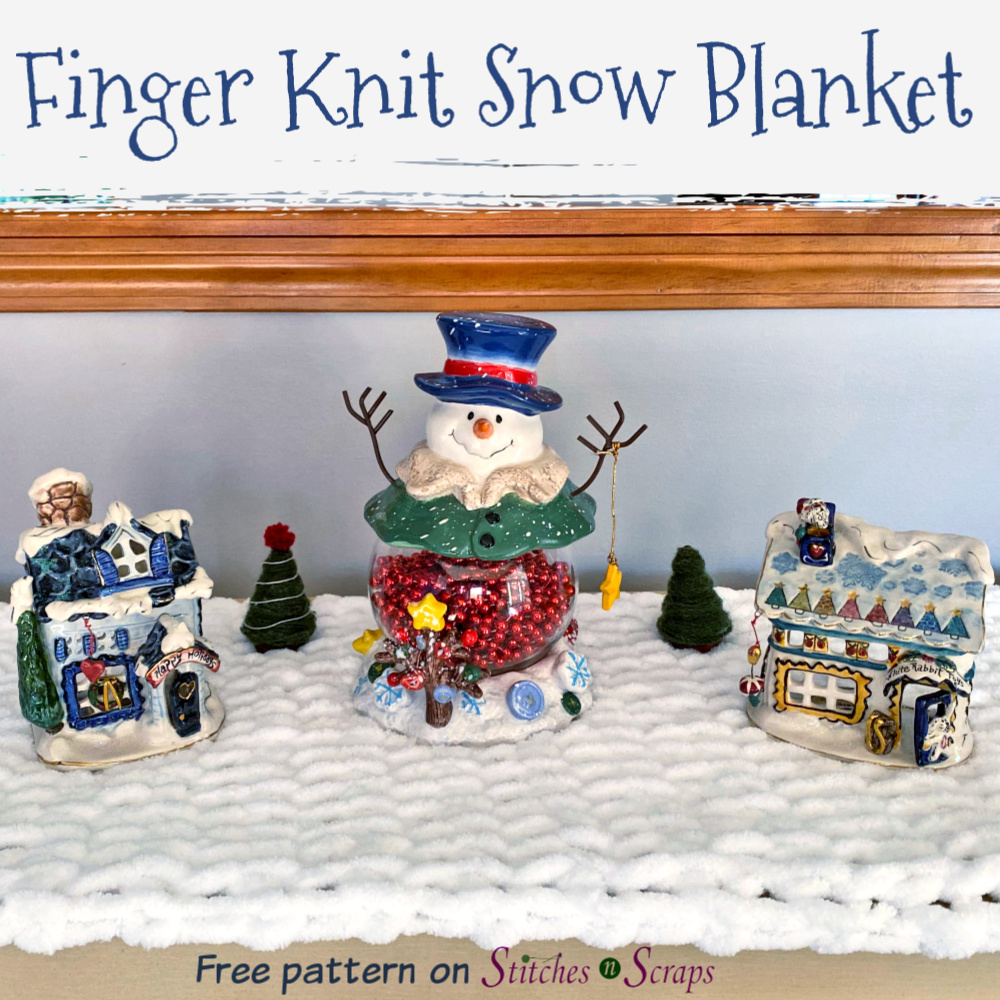 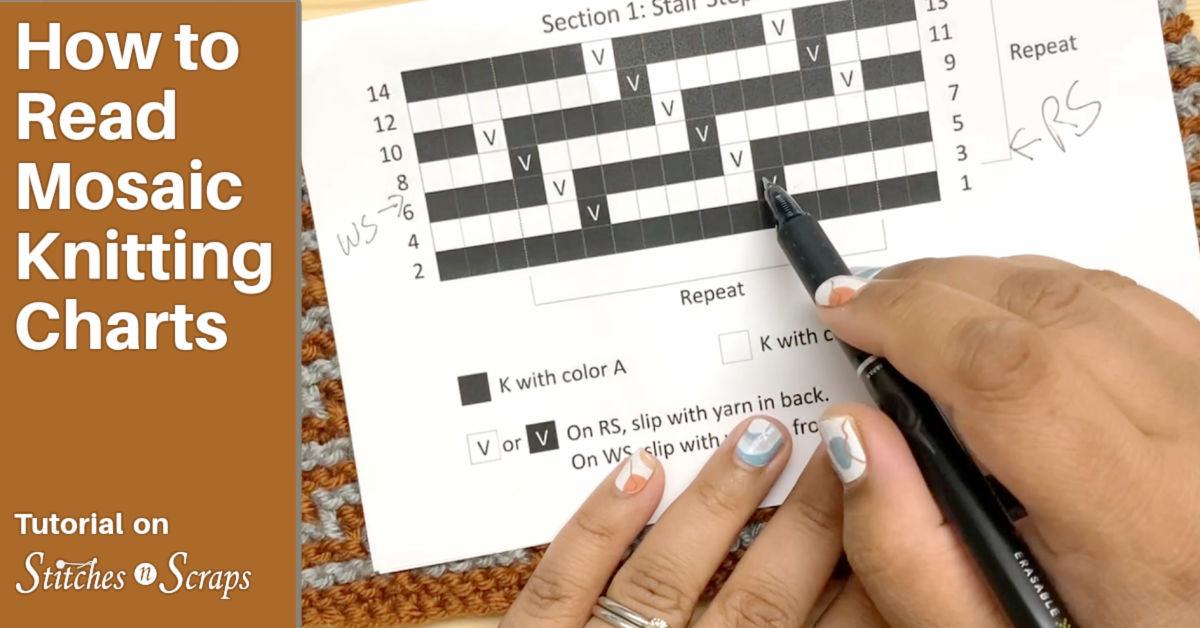 How to Read Mosaic Knitting Charts