Disclaimer: A free review copy of Monster Butt Pants was provided by the designer, Donelda Higgins, for the purposes of this review. Although I accept free products for review, I do not guarantee a positive review. My reviews are based entirely on my honest opinions.

Last Saturday, I went to a 1st birthday party. I knew I wanted to make some monster pants for the birthday boy, and a friend recommended this adorable Monster Butt Pants Pattern by Donelda Higgins. I was not disappointed! 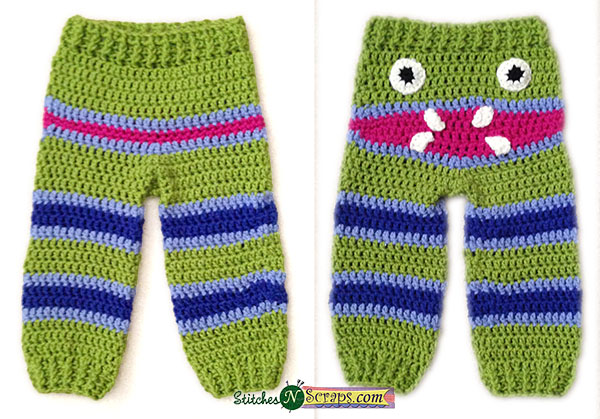 The swatch I made was small – just slightly larger than the measured area. I know I should have made a larger swatch for a better measurement, but I was being lazy. Luckily, the pattern lists several different measurements, so I was able to measure the project along the way, to make sure I was still on track. Surprisingly, I got the right gauge with the hook indicated in the pattern – I normally find I need to go down a hook size on most patterns, but this one worked out perfectly. 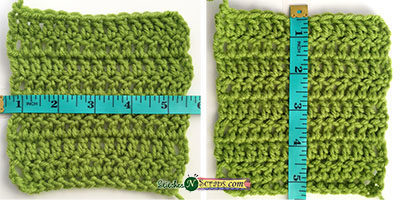 This is the first pair of pants I’ve ever made, and I found the shaping very clever. There’s a little bit of added fabric in the bottom and crotch areas, to make for a better fit. I didn’t mess with the design on the pants section at all – I know, that’s weird for me too, but I actually followed it as written. No little tweaks or changes in stripes or extra edgings or anything like that – it just didn’t need it. I even picked similar colors to the original design! The only things I did differently were little things like using seamless joins and standing stitches when changing colors, instead of joining with slip stitches and chaining. 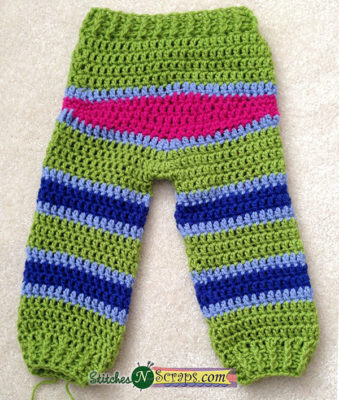 I also did use magic circles for the eyes rather than working into the 2nd chain. I did not have felt for the teeth, so I crocheted some simple ones as follows: Ch 6, working into the back bumps of the ch, sl st in first ch, sc in next ch, hdc in next 2 chs, dc in last ch, fasten off. I was able to give them a bit of a curve when I sewed them on. 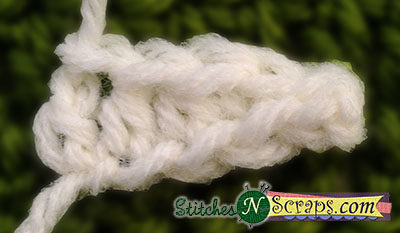 The pattern recommends 4 oz of yarn in the main color, which works out to about 200 yds of the suggested yarn. I ended up picking up a skein of Deborah Norville Everyday from Premier Yarns, which was 4 oz and 203 yds. This is how much I had left when I was done: 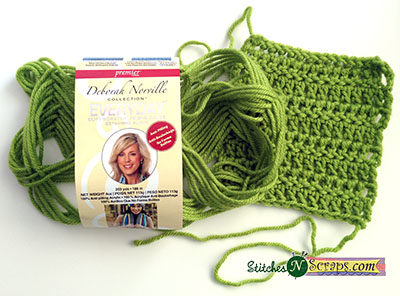 I had noticed that some skeins of similar yarns (like Lion Brand Vanna’s Choice) come in closer to 3.5 oz and 170 yds. I was concerned that wouldn’t be enough. Based on what I had left, I think it may have worked, but would have been close. If you wanted to use one of those yarns and were worried about running out, you could always do the ribbing sections in one of the other colors.

Overall I really enjoyed this pattern, and it worked up surprisingly quickly. Including sewing on the facial features and weaving in all the ends, the whole thing took me about 5-6 hours over 2 days. Basically a couple of evenings in front of the TV. It was a pretty straightforward design with basic stitches and not a lot of fussiness, and it looks absolutely adorable. I hope I get to see a pic of the birthday boy wearing them sometime! 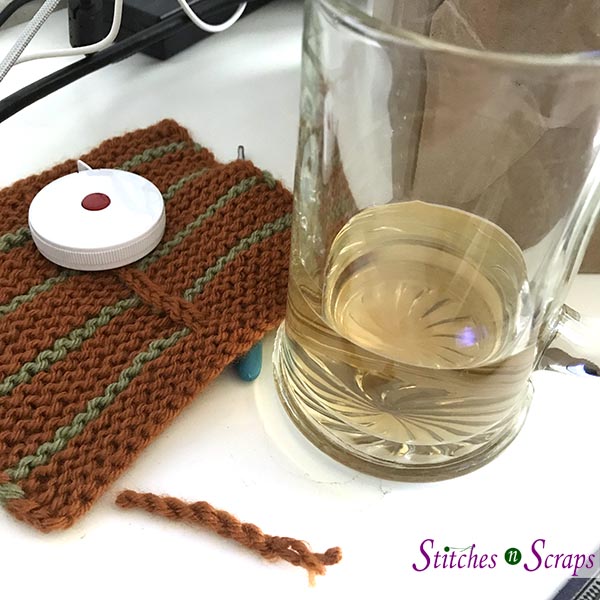 If You Try to Find a Hook 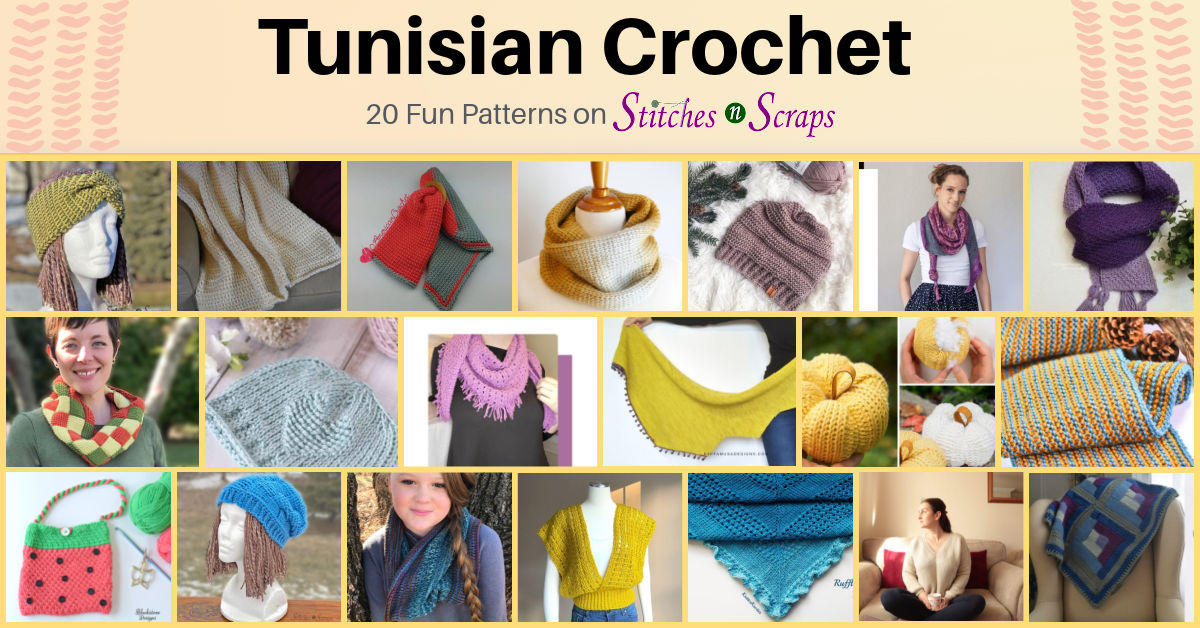 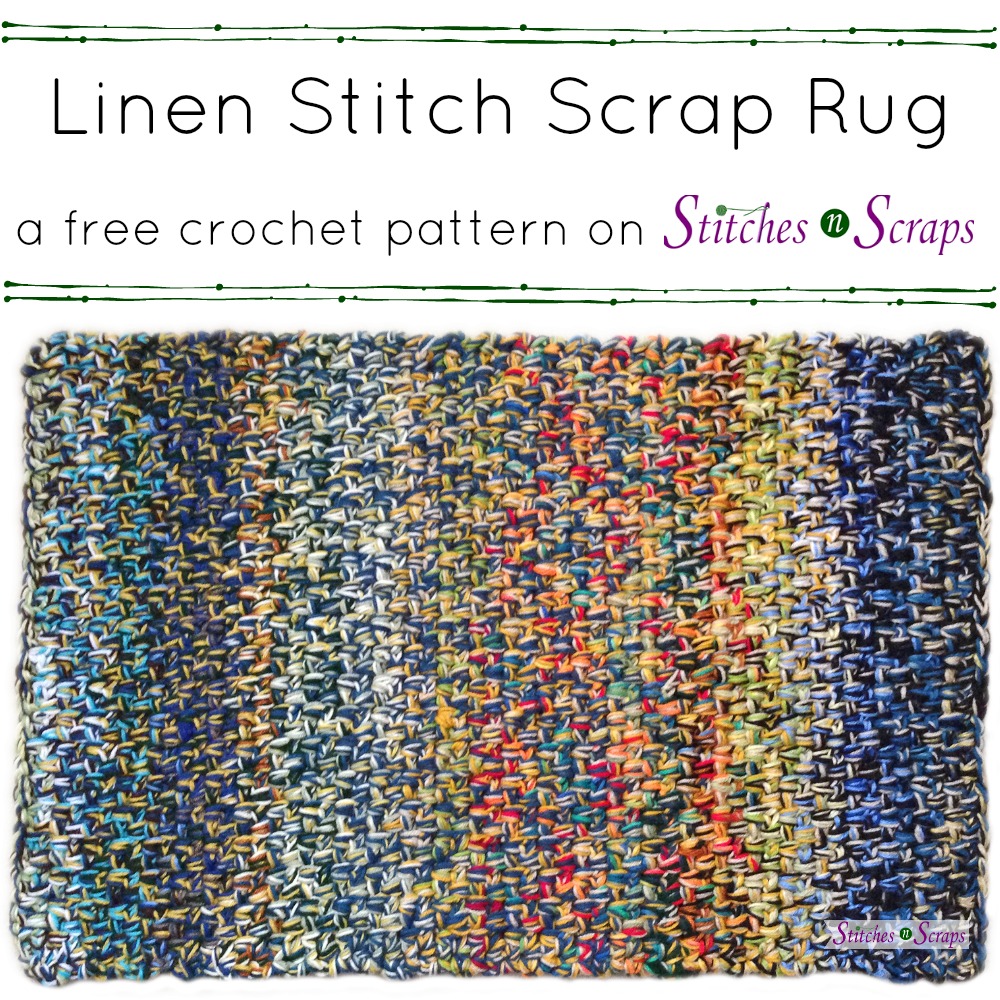