Ready to add a bit of sparkle to your crochet? There are several different ways to add beads to crochet, and all end up having a slightly different effect. In this tutorial we’re looking at crocheting with beads that have been pre-strung. This means we string the beads onto the yarn first, and then work them in as we go along.

This method requires stringing the beads before you start crocheting, which means you have to know how many beads you are going to need. If it’s written in your pattern, that’s great, but if you’re working without a pattern this may require a little extra planning up front.

To actually get the beads onto the yarn, I like to use a flexible needle threader as a beading needle. I learned about these in a beading class I took from Laurinda Reddig – thanks Laurinda! They’re made of something similar to heavy duty fishing line, and the “eye” is basically a large flexible loop. Thread your yarn through the eye, and use the other end as the point to load up the beads.

Adding some beads from #beadbiz! Aren’t they pretty? #beadcrochet #crochetersofinstagram

My friend at Bead Biz also recommends a big eye needle like this one. I haven’t tried that type yet, but it looks like another great option. I always like to add a few extra beads, just to have a bit of a buffer in case I miscounted, make a mistake, or a bead breaks. The unused beads can be removed after finishing off.

Crocheting with the Beads

To “set” a bead, just slide it right up to your work. It should lie against the last stitch you worked. 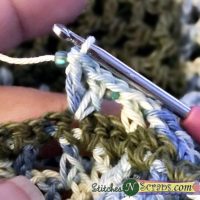 Now when you work your next stitch or chain, it will get incorporated into it.  I particularly like to use this method to place beads into chains, because the bead hangs down a bit into the space below the chain. The beads tend to show more prominently on the back of the work, so it works better if you do this on wrong side rows. 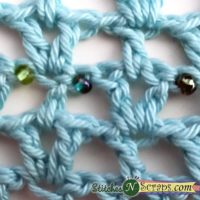 You can work a bead into any stitch or any part of a stitch. Here’s what it looks like in 3 different positions: into a chain, into the top of a double crochet, and into the middle of a double crochet. Just set the bead at the part of the stitch where you want it to be. 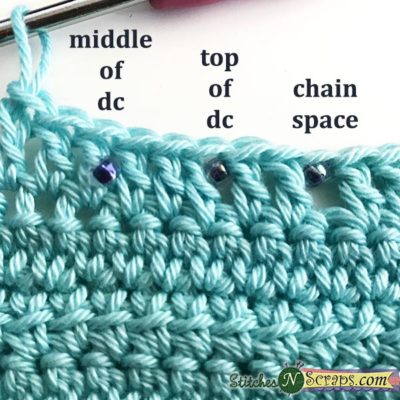 This picture is showing the right side of the row. The bead crocheted into a chain space is sitting further back – this will be more prominent on the wrong side. The next one, at the top of the double crochet is pretty well centered, and will show nicely on either side. The last bead, in the middle of the double crochet, is entirely on top of the stitch and doesn’t show at all from the wrong side. There really is no right or wrong, so play around with different placements until you find one that you like for your project. 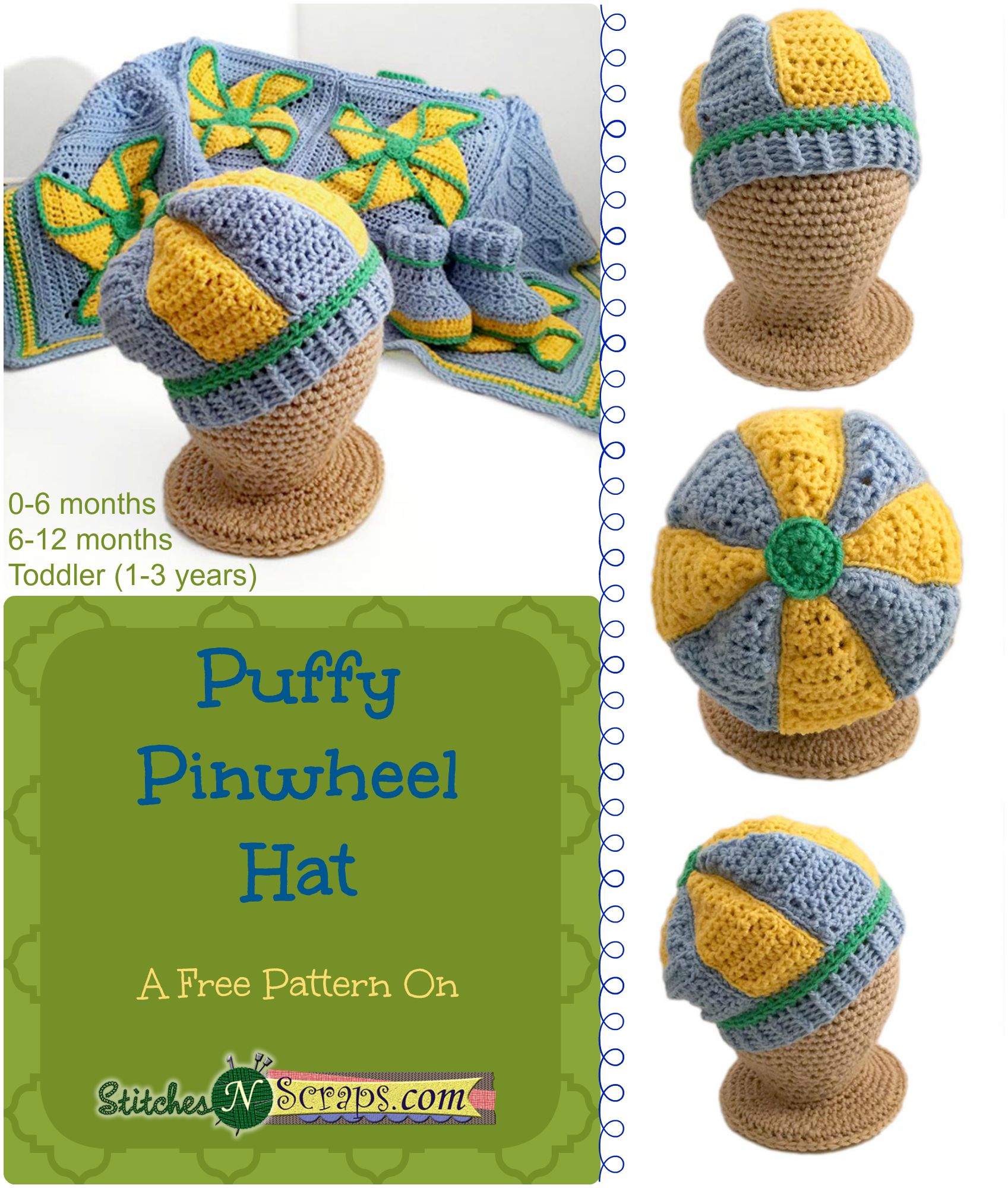 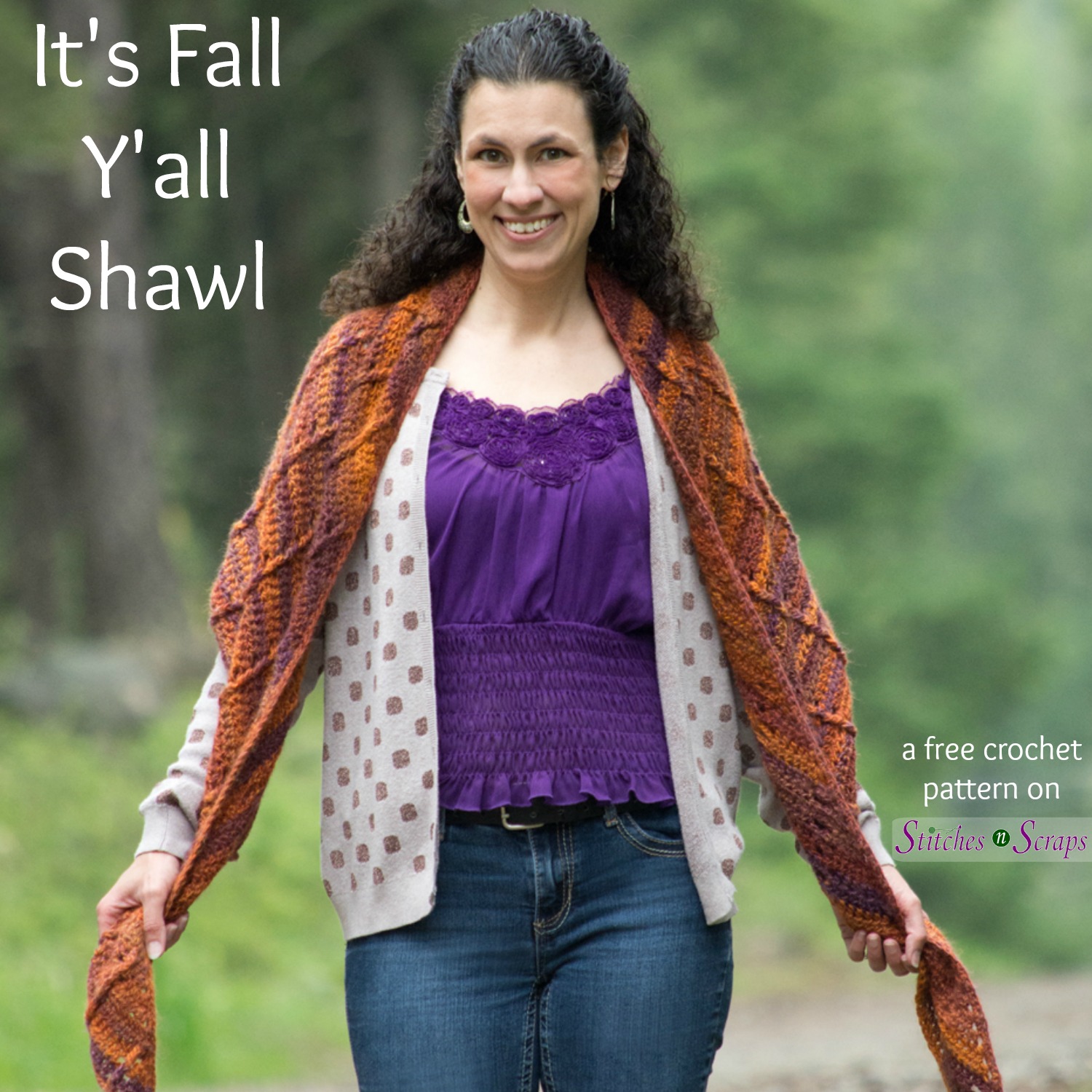 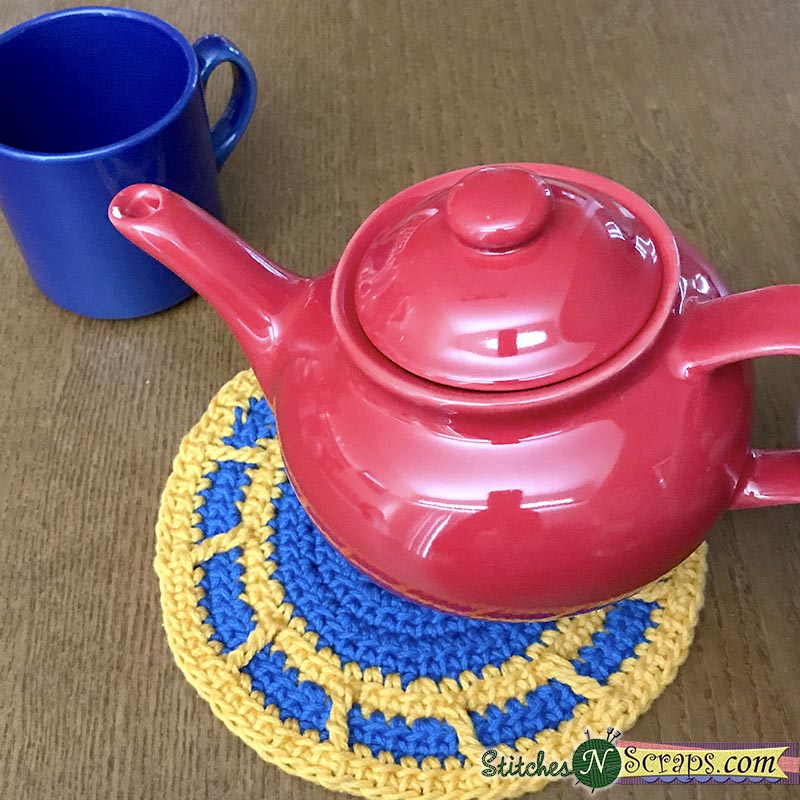